(Photo by Zuorio)
La Luminara is a spectacular event, and yet not many people know of it. It’s a “festival of lights” organized in Pisa every year on June 16th to celebrate the Patron Saint, Saint Ranieri. The center of the city and the Lungarni are lit with 140,000 candles placed in white wooden frames called “la biancheria” (literally, the linens). La biancheria is hung on the façades of the Palazzi of the Lungarno, on the bridges, on the river banks. The effect is simply magical. 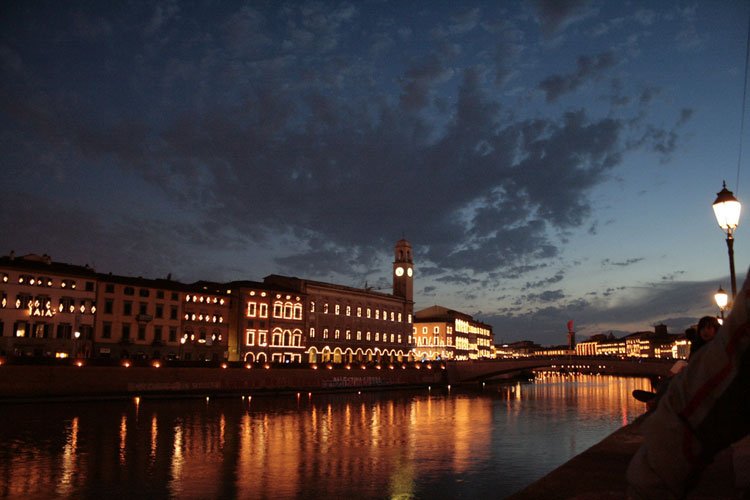 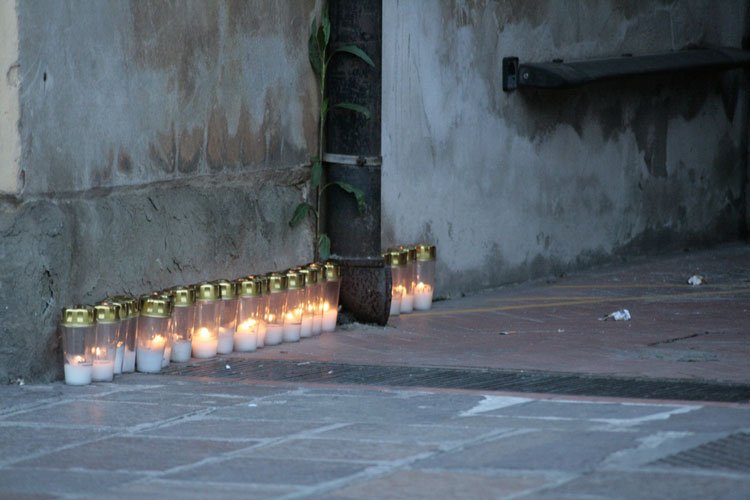 The party starts in the late afternoon when all the students and the people from Pisa start to fill the streets and the squares to see the market stalls and to gather for dinner with their friends. The restaurants, bars and squares of the center are crowded; street musicians play on the bridges; churches and monuments are open even after dark and cards are distributed in the street so that people can vote for the best decoration. Palazzo Blu usually wins, and again this year they have prepared stunning biancheria in the shape of many fans. 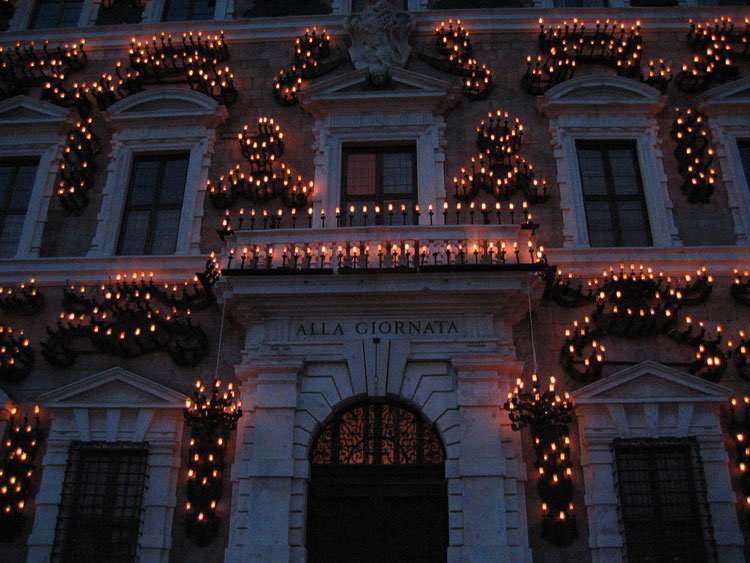 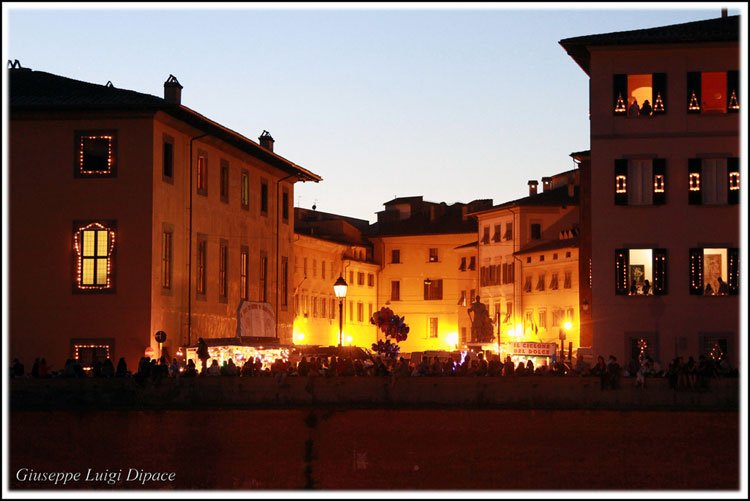 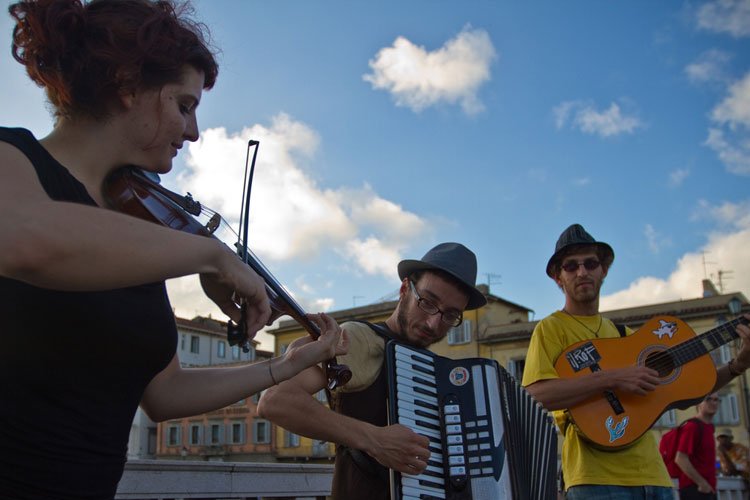 The lampposts of the Lungarno have been decorated with flag shaped biancheria, to be lit by red, green and white candles to celebrate 150th anniversary of Italy.

When the sun goes down, the center of Pisa takes on a really magical atmosphere. You can hear people laughing, the noisy generators of the kiosks selling porchetta and brigidini, traditional sweets with anisette, and people playing in the streets. 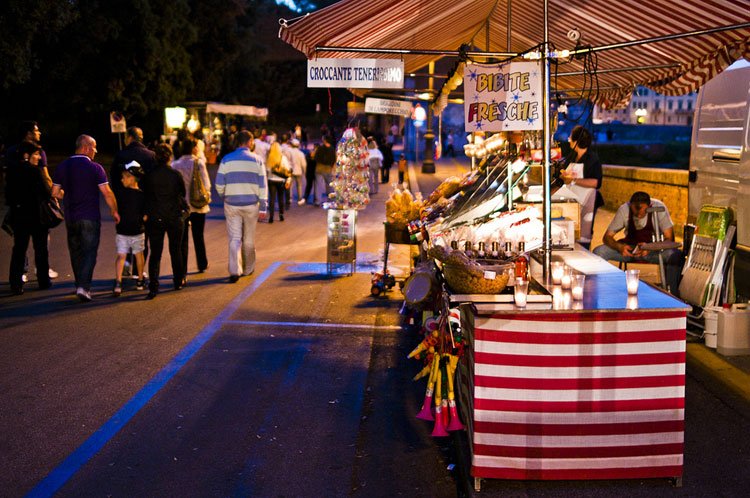 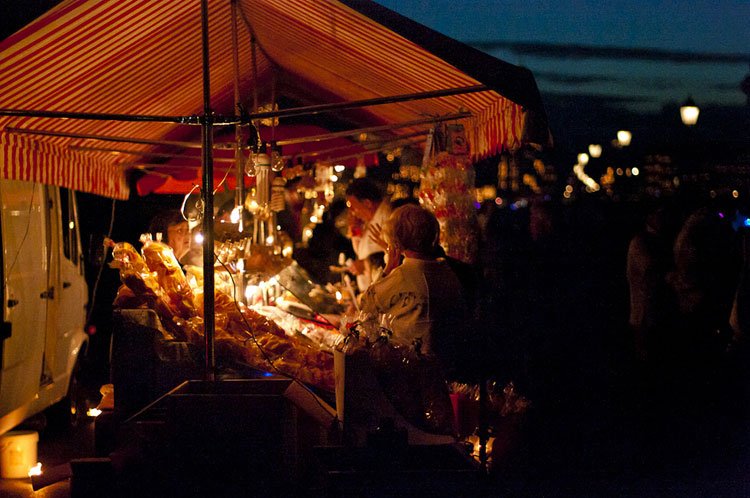 At 11pm, the fireworks start. 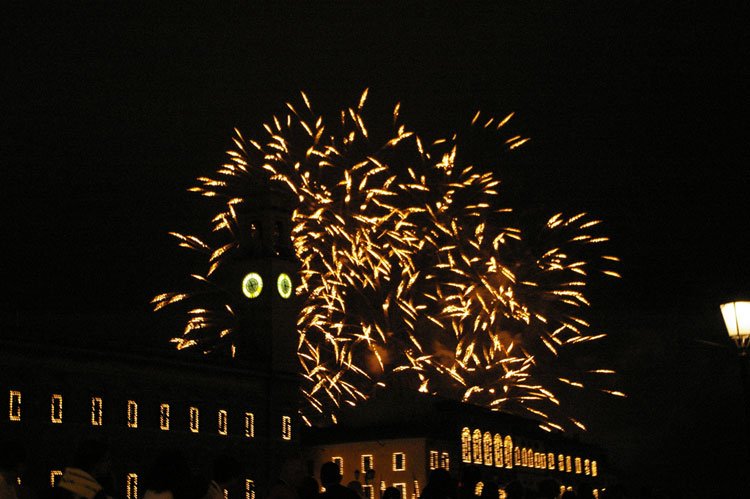 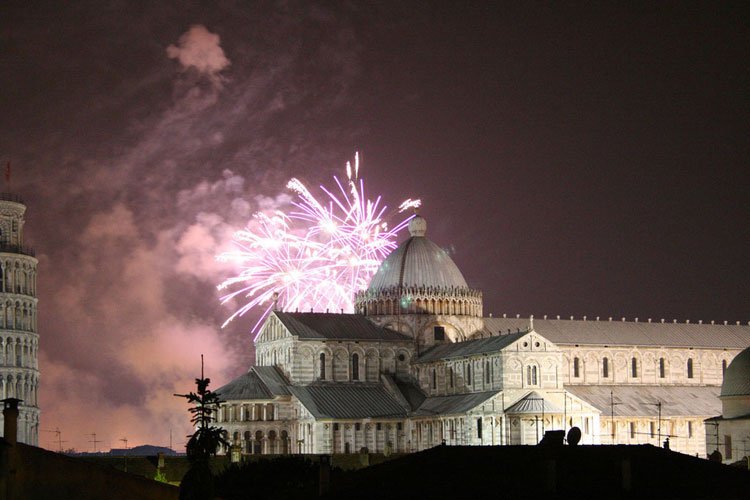 Up until a few years ago, they were launched from the cittadella medicea and from its tower. Over the last couple of years though, given that you could only see them from one section of the Lungarno and it was always incredibly crowded, they have started shooting the fireworks from the two ends of the Lungarno so that the show is really impressive and it can be enjoyed from everywhere along the Lungarno. This year they will be shot from four boats placed on four good spots on the river Arno. It will be really spectacular. 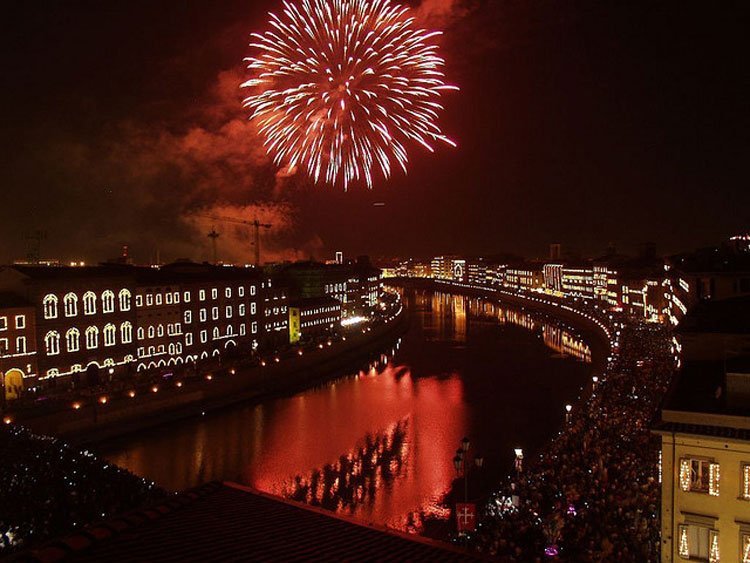 After the fireworks, many people leave the city. Most people, though, remain in the city until dawn, moving from the Lungarno towards the surrounding squares to join in the street parties and in the parties organized by bars and pubs. In many squares there are bands playing live music. 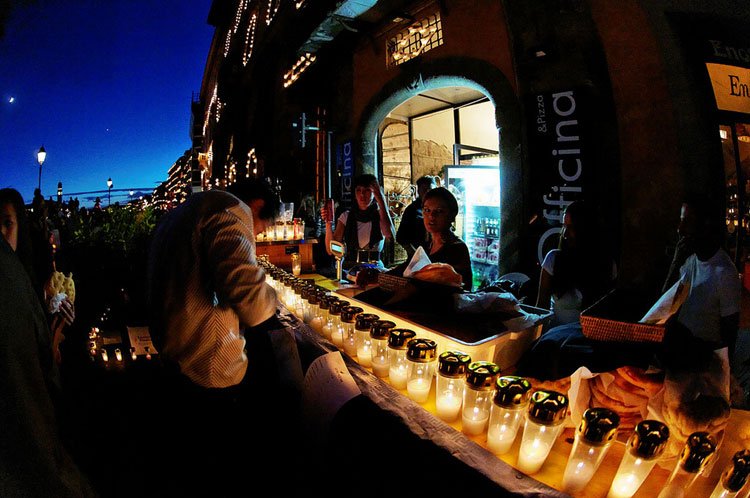 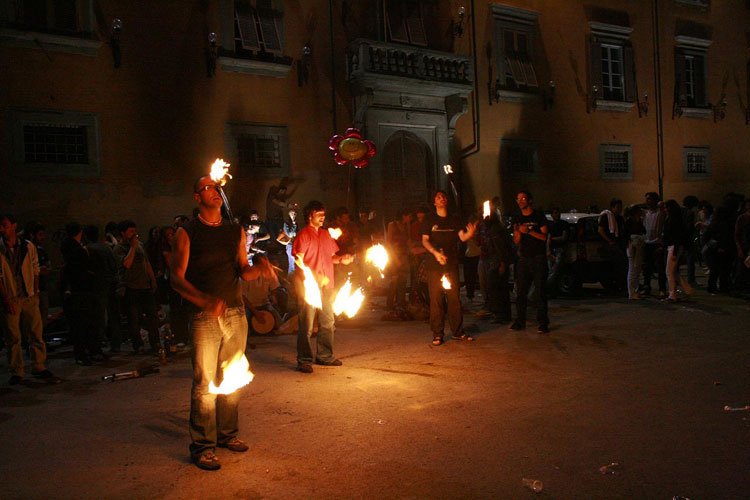 Unlike many other festivals in famous cities in Tuscany, La Luminara is not very famous, even though it would certainly deserve to be. Tonight a UNESCO ambassador will be a guest of the city council, who have applied so that the festival can be recognized as UNESCO Wold Heritage Event.

The celebrations of La Luminara are just one of the many events organized in June in Pisa. Giugno Pisano is a full month of celebrations, concerts, exhibits and more. Tomorrow, June 17 and the actual Patron Saint’s Day, the  city will celebrate again with a historical regatta on the river Arno. This year it will be at night for the first time, with more candle light displays along the lungarno.

If you are planning to visit Pisa next year, remember to plan your trip around this events, because they really deserve it.