There is a book which has introduced in the Italian language an expression that is now commonly used to refer to the people living in Tuscany: “Maledetti Toscani!“, which translates more or less as “damn Tuscans!“. The book was written by Curzio Malaparte in 1956 and was translated in English as “Those cursed Tuscans” (which I found to be a very bad translation of the title). The book depicts a vivid portrait of the people of Tuscany, who certainly have unique features almost universally recognized by our fellow countrymen as well as by any “forestiero” (foreigner) who has had a chance to spend some time in contact with our “protected species”. 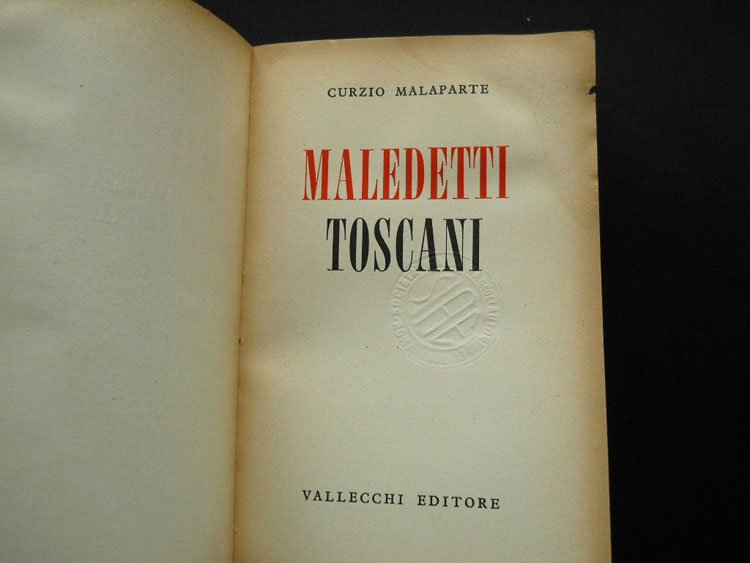 Truth be told, and here my Umbrian friends Letizia (D.O.C.G. Umbrian) and Rebecca (originally American but now totally naturalized Umbrian and even sent around to promote the attractive features of the region at tourism fairs with her sassy shoes on – see her Facebook profile for evidence) will be happy to know that, according to Curzio, the only other people in the country who compare and have a special affinity with Tuscans are our neighbors occupying the “green heart of Italy”. I cannot but agree (and I insist … we should simply cut the costs of national administration by annexing Umbria and making it just another huge province of Tuscany… I am just saying, Mr. Monti).

I guess Malaparte’s book was one of the first “Xenophobe’s Guides” out there and one of the first book-length essays on the Tuscans’ vices and virtues. He discussed people from Florence, from Siena, from Livorno and Pisa… because of course, no Tuscan would ever agree that a Livornese and a Pisano are the same (or even similar!).

Our virtues and vices (IMHO of course…)

Tuscan people are extremely “campanilisti“, meaning they all support the reasons of the ground on which their bell tower (campanile in Italian) stands and little more… I am not sure if the English word “localist” translates the concept or not, but in practice what it means is that people from neighbouring villages, towns or cities might be ready to die for their own home and/or to see a person from the next village, town or city also dead. Thus, people from Pisa passionately hate people from Livorno and viceversa (the latter are famous for going to great lengths to ensure stickers saying “Pisa merda” – literally, Pisa is shit – are scattered all over the region – and all over the world for that matter – just in case someone might  take a liking to them…); people from Grosseto hate people from Siena, who in turn might not even be aware that Grosseto is still standing since they left the malaria-infested place centuries ago… I believe they remember driving through a group of houses while invading the coasts of the Maremma in the summer, but it might be some other place. People from Siena and Florence don’t love each other either (but who loves people from Florence anyway?). And so on and so forth. I guess it all goes back to the time when, the moment you stepped out of your city walls, you would find some foreign army ready to kill you and take over your town. That cannot have been pleasant, I have to agree. And certainly didn’t help trust between neighbours.

Most Tuscans cannot be serious for more than 5 minutes to save their life. Humour and wit are such a huge part of our  personality that it is practically impossible to carry out a conversation without being at least somewhat ironic or sarcastc here and there. Tuscan irony, sarcasm and banter can be dishorienting for non-Tuscans. I had endless misunderstandings with my non-Tuscan roommates at University until they resigned themselves to the fact that, since I might not mean exactly what my words said, they had to relax, loosen up and stop getting offended at the risk of becoming very very boring company for the Tuscan pack.

Tuscan humor goes hand in hand with extreme straightforwardness, not uncommonly mistaken for rudeness… what is called in Tuscany being “ignorante“, literally ignorant but meaning having very coarse manners, being rough. And that we can certainly be… even more so down here in the Maremma, traditionally a land of peasants used to dealing  more with resistant mosquitos and wild boars than with other “cristiani” (local generic term used to indicate human beings, whatever their religious credo). I have been defined “ignorante come un ciuco” (literally as ignorant as a donkey) on more than one occasion when I should have been much more diplomatic at best! 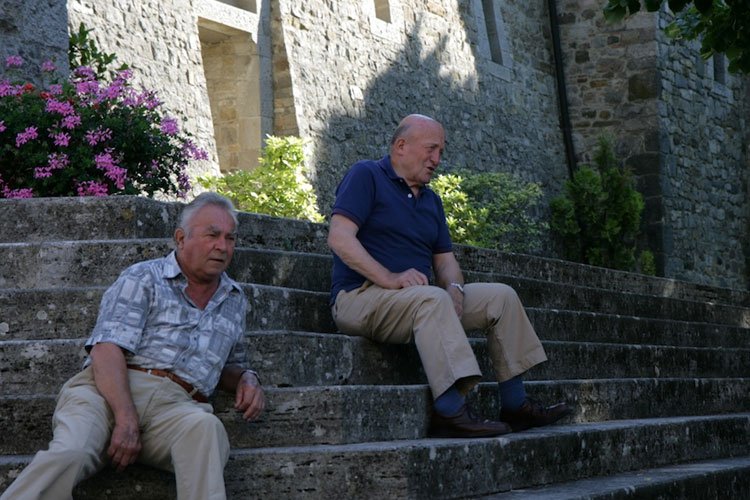 Tuscans are friendly and welcoming, well… for a little while at least, and especially after some wine. We mix and mingle at village festivals, in restaurants, in the streets, but we do not make new friends easily. We are more likely to make friends with tourists than with other Italians we haven’t been in school with or grown up with in the same town. That is one of the most common complaints I hear in Pisa. Being a university city, it is now home to students and faculty coming from many different areas of the region and of the entire country who came expecting to make friends with the locals. More often than not, they end up with lots of friends, none or few of them Tuscan though. Tuscans go back “home” – be it a neighbouring village or a more distant city – as soon as the lessons/work days are over to be with their family and with friends of a lifetime. Being included in one of these “closed circles” is more an exception than the norm. After 17 years in Pisa, the Pisans I know can still be counted on the tips of my fingers. My best friends are still in the Siena-Grosseto area and most of the new friends I have made in Pisa or elsewhere are not from Tuscany (or Italy for that matter).

Tuscanness is genetic. You are either born and raised Tuscan or you are not Tuscan and you never will be. We can make you feel at home, you can even think everybody thinks you are one of the locals, but believe me, cross somebody and you will be quickly relabeled as non-Tuscan, and thus as needing to mind your own business and knowing your place (which is obviously somewhere below ours, no need to say that!).

Tuscans are proud of their heritage (maybe even too much). Tuscany was home to one of the first peoples with a refined and advanced culture to occupy Italy: the Etruscans. Of course we believe that since then we have cradled the best artists, writers, musicians, singers, actors, comedians, architects, patriots, and scientists in the country and in the world even (and that we still do). And did I mentioned that the rest of the the people living in the province (read as in the misterious lands surrounding Tuscany – what else is there in the end?) can communicate because we were kind enough to share our language with them? 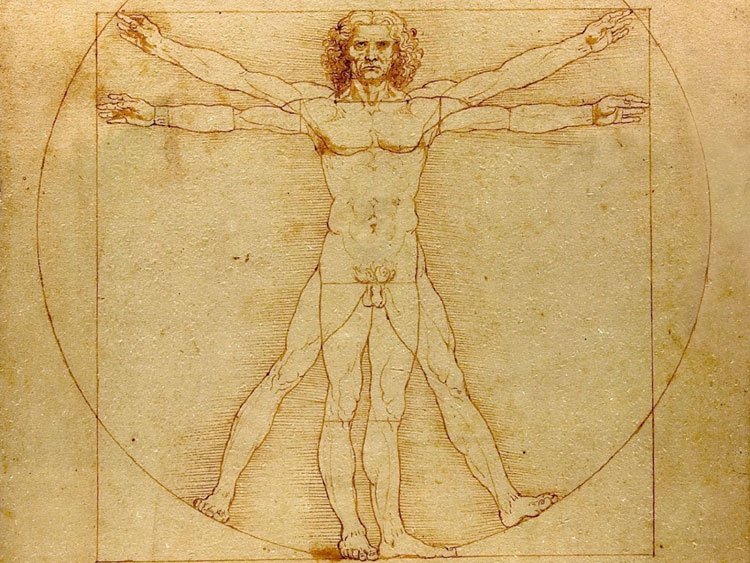 Tuscans are proud of their culinary tradition (and why shouldn’t we?). We believe our olive oil, wine, cheese and in general our culinary tradition is unrivalled in the country and in the world. Truth be told I had some fabulous Sardinian sweets not long ago but I should have kept this to myself, since I now risk not being let back in Tuscany next time I leave the region. Wild boar stew and a good glass of Morellino is pretty darn good too though.

Tuscans are extremely passionate about politics and religion. For the most part, Tuscany has always been a left-wing, anticlerical region with a lot of socialists/communists/ex-partisans married to a bunch of very pious ladies. In my family, that has always made for very vivid table conversations, with loud debates interspersed with blasphemies used as interjections and whispered preyers to neutralize the demonic power of unholy swearing. Lively debates at the bar, in the public gardens, in the sun drenched fields during the harvest or in the vineyards are common. They would make the skin of believers in “politically correct” crawl, but after calling each other names or worse, we all go to dinner together and are back to being best friends. I guess it is just another facet of straightforwardness… At least, we have no problems with people having different opinions and expressing them.

Tuscans believe they speak Italian and if the rest of the country cannot understand words like ramaiolo (ladle), costì or codesto (a place or a thing located in a point far from me but close to you) or passato remoto (the Italian simple past tense), it’s just because they have updated their dictionaries and grammar books too quickly. They are perfectly acceptable and extremely useful words and tenses, used since Dante Alighieri’s times. Learn your freaking language people! 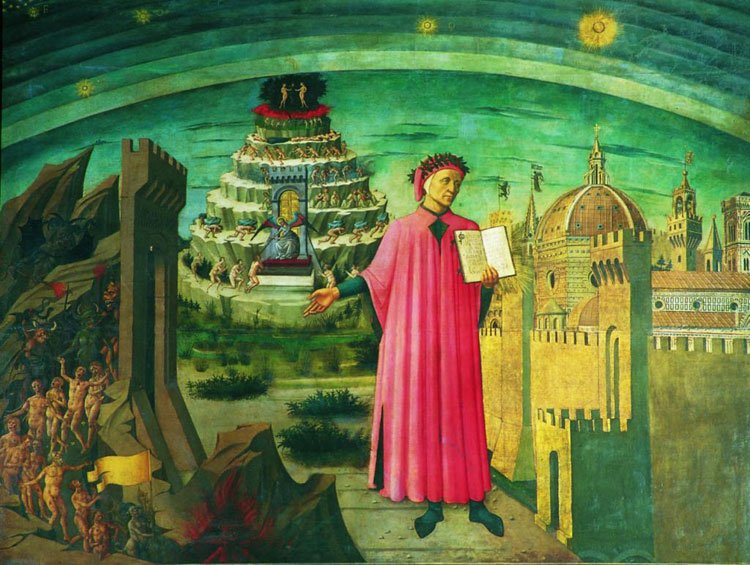 Now… whether these are vices or virtues, I don’t know: I will leave that up to you to decide. BUT if you decide that we can be criticized for them… well… simply remember that… who the heck are you to judge?! You are not even a Tuscan after all!

Note: if you are, you don’t deserve to be then… are you from one of the fake Tuscan provinces who still pronounce the K sound in between vowels in phrases like “la casa”  – la hasa for any REAL Tuscan, la kasa for those people disguised as Tuscans and occupying the border with Liguria?

Second note: all the former should be read and understood keeping in mind the humour/irony/banter point above. Ok, for the thick non Tuscan readers (because of course we are also exceptionally intelligent, did I mentioned that?), everything – including the present note – was written toungue-in-cheek (you see…? I cannot stop!!!)

This is the thirteenth post in a monthly series called The Italy Blogging Roundtable. Here you can find the posts of the other bloggers who participate in the roundtable. Our topic this month was “vices and virtues“: