Of starvation and cannibalism in Pisa

Once upon a time, there was a powerful city that controlled large portions of trade in the Mediterranean. That city was Pisa, and it was in constant rivalry with Genoa, Amalfi and Venice. Pisa also competed with Florence for control of what is now Northern Tuscany. Besides fighting over trade, Pisa and the surrounding cities supported opposing powers. Pisa was a Ghibelline city, supporting the Emperor and his control over Italy. Genoa and Florence were Guelph cities, supporting the Pope.

In the 13th century, Pisa was ruled by a “podestà”, who had despotic powers. One of the most famous leaders in the history of the city was Count Ugolino della Gherardesca. He was of German descent, and his family’s loyalty to the Hohenstaufen Emperors helped him become the head of the Ghibellines in Pisa. Ugolino was a brave naval commander. He led Pisa in victory in many battles and defeated many of his enemies, gaining control over part of Sardinia and other Mediterranean trade-posts.

All was good, until he made friends with Giovanni Visconti and the Visconti family, leaders of the Guelphs in Pisa. Giovanni became Ugolino’s brother-in-law marrying his sister. The Ghibellines did not like this and became increasingly suspicious of the count’s loyalty. After a few years of unrest, Ugolino and Giovanni were accused of working together to undermine the government of the city. They were arrested. Giovanni was was banished from Pisa and died shortly after. Ugolino was imprisoned until Giovanni’s death and then released and banished from his city. 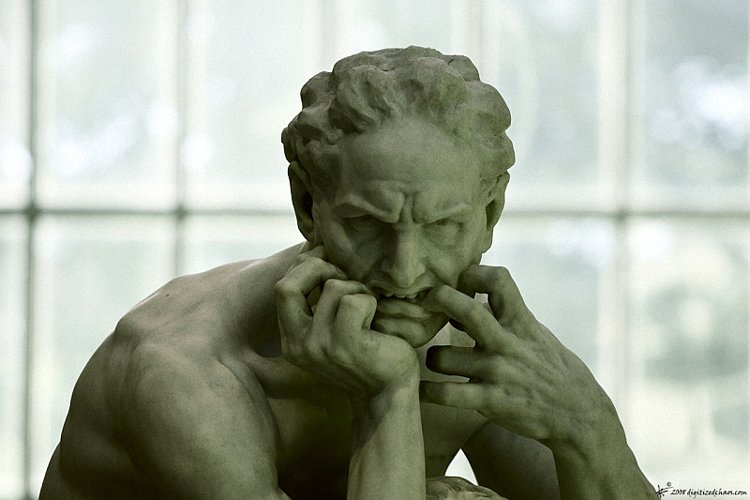 He didn’t like that. So, he started working with the Guelphs in Florence and Lucca against his fellow Pisans. Helped by Charles I of Anjou, he led a battle against Pisa and won. He forced the city to accept humiliating terms to make peace and to allow all the exiled Guelphs to return. Once back in Pisa, he worked “behind the scenes” of the local politics until he regained power, in his late 60s.

The events that followed made Ugolino one of the most famous and debated figures of Italian medieval history. In 1284, a war broke out between Pisa and Genoa. The current podestà appointed him captain of a fleet. Genoa and Pisa fought a very famous battle, the battle of Meloria, and Pisa lost badly. Genoa took a large number of prisoners, over 11,000, including the podestà. Ugolino gave the order to withdraw and surrendered. The Pisans thought this was an act of treachery, because at the same time, Florence and Lucca took advantage of the naval defeat to attack Pisa. They put Ugolino in charge of the city as podestà and accepted good terms to make peace. When Genoa offered a peace treaty, though, Ugolino refused out of fear that the prisoners released would come back to Pisa and put his power at risk.

Ugolino was appointed “Captain of the people” and shared power with his nephew Nino, his sister’s son. The two did not get along though. When Ugolino found out that Nino had been plotting against him by seeking the help of Archbishop Ruggero and of the Pisan Ghibellines, he reacted mercilessly. First he attacked the family supporting him and destroyed their homes. He forced Nino and many of the Ghibellines to flee the city. Then he took over city hall and proclaimed himself Lord of Pisa.

He again refused to accept a peace treaty with Genoa, fearing that the captive Pisans would have blamed him for their fate, and would have tried to overthrow him. He ruled the city as a dictator, refusing to listen to the requests of his fellow citizens, afflicted by a severe food shortage and by continuous unrest. Tired of his despotic behaviour, the Ghibellines (supported by the Archbishop and the people of the city) attacked the Town Hall, where Ugolino had withdrawn to escape the riots. Ugolino, his sons Gaddo and Uguccione and his grandsons Nino and Anselmuccio were arrested and locked in the Muda Tower, now the Clock Tower and library of the Scuola Normale Superiore di Pisa (Piazza dei Cavalieri).

This is where history ends.  What followed is probably legend… but then who knows?

After proclaiming himself podestà, the Archbishop ordered that the keys to the Tower be thrown into the river Arno. The prisoners were left to starve in the tower and their house on the Lungarno was destroyed. The grounds were cursed and no other building was ever allowed to be built there. Nobody knows for sure, or rather knew for sure, whether this was true or fantasy, or where Count Ugolino’s palace used to stand. The only garden on the Lungarno is the garden belonging to Palazzo Fiumi e Fossi, and that’s where the legend places the cursed land.

Only few months ago, excavation work began, and very recently, local archaeologists have uncovered the foundations of a tower house dating to the time when Count Ugolino lived. The scholars believe this is proof that this is the location of the palace and that the destruction of the building with subsequent prohibition to build on that same spot is, in fact, history. The curse, well, that might be legend. But a legend that has certainly allowed Palazzo Fiumi e Fossi to preserve its garden over the centuries in spite of its prime location. The Pisans must believe in the legend at least a tiny little bit!

The remains of the building can be visited. If you want to see some photos, please visit this page!

An act of cannibalism?

The story (or the legend) gets darker. Imprisoned in the Muda Tower, and seeing their father eat his hands in extreme hunger, Ugolino’s children offered their bodies so that he could eat their flesh and survive. This terrible anecdote is hinted at in Dante’s Divine Comedy. It’s through Dante’s poem that Count Ugolino’s story has become famous. In Dante’s Inferno, Ugolino is condemned to spend eternity in the second ring of the lowest circle of hell, which hosts betrayers. His punishment involves being encased in ice up to his neck in the same hole with his betrayer, the Archbishop of Pisa. Ugolino is portrayed as constantly gnawing at the Archbishop’s skull. 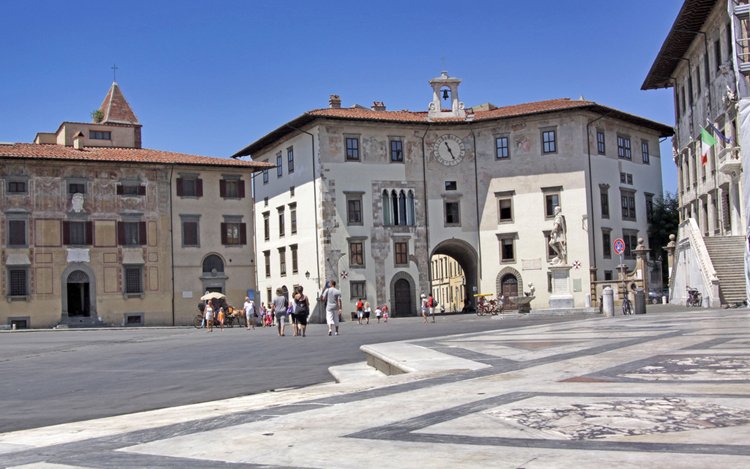 Nowhere in the Divine Comedy does Dante say that he ate his children. But over the centuries people have variously interpreted these passages as if he actually had:

“Father our pain”, they said,
“Will lessen if you eat us you are the one
Who clothed us with this wretched flesh: we plead
For you to be the one who strips it away”.
(Canto XXXIII, lines 56–59)

and then, a few lines later…

“… And I,
Already going blind, groped over my brood
Calling to them, though I had watched them die,
For two long days. And then the hunger had more
Power than even sorrow over me”
(Canto XXXIII, lines 70–73)

Recently, though, people have started to interpret the last lines as if he had actually starved to death, after seeing his children suffer and die before him. But pain would have not been enough to kill him, whereas hunger would.

In 2002 Dr. Mallegni, a paleoanthropologist, studied the remains of the bodies of Ugolino and his children, buried in the Church of San Francesco, in Pisa. According to his analysis, Ugolino’s bones had traces of magnesium, but no zinc, which means he had consumed no meat in the months before his death. He also pointed out that the old man would have had very few teeth left: not the ideal setup to eat another human being. Mallegni also noticed that his skull was damaged. Another mystery… did he starve or was he killed in the end?

In 2008, Dr. Benigni, superintendent to the Archival Heritage of Tuscany, contested Mallegni’s findings. In her opinion, the documents used to identify the bones as those of Ugolino and his descendants were Fascist-era forgeries.

The mystery remains. A perfect excuse to visit Pisa at Halloween… you might encounter Ugolino’s ghost! But watch out! Pisans know… he may bite you! The Tower now houses a museum.

This is a post in a monthly series called The Italy Blogging Roundtable. Here you can find the posts of the other bloggers who participate in the roundtable. Our topic this month was “legends“: