The Etruscans once lived here

Tuscany owes its name to the ancient Etruscan people, also known as Tusci, who lived and flourished here until they were assimilated into the Roman territories during the Roman Republic. But before then, the Etruscans had a powerful, thriving civilization and there is a considerable amount of evidence that early Rome was dominated by them until the Romans sacked Veii in 396 BC.

This people never ceases to fascinate because of its mysterious history, language and customs. The origins of the Etruscans are lost in prehistory: some believe that they are indigenous, others believe that they came from the Greek area, given the cultural similarities. Their fortune derived from metal mining and trading, especially copper and iron that they exported all over the Mediterranean sea. Knowledge of the Etruscan language is still far from complete; it is however believed to be have been a non-Indoeuropean language.

If you grow up in Tuscany, you hear about this mysterious people all the time. And there are many tangible signs of their presence in this area that they left behind. There are several famous archaeological sites around Civitella Marittima, the village where I grew up and where our Casina di Rosa vacation rental is located. Here are just a few Etruscan archaeological sites in our area of Tuscany:

In September 2007, a tomb was discovered near our village as well, and more precisely, near the beautiful castle of Casenovole. The discovery was made by some local people with a passion for history and archaeology, who have since founded an association called Odysseus. Tomba del Tasso, as it has been called, was far from a minor discovery, quite the opposite: it was one of the most important discoveries of recent years. It dates back to the 1st-3rd century B.C. and contained the remains of 13 people, cruets and bronze objects. The archaeologists found 3 cinerary urns and 10 ossuaries. The discovery was celebrated with a beautiful exhibit at the Castle of Casenovole, which, being private property, is normally closed to the public.

Last year, in October, a new tomb was discovered in the same area, larger and older than the previous one. This tomb, called Tomba dello Scarabeo, after the beautiful ring with a scarab beetle found therein, contained the remains of many people, which provides archaeologists and historians with valuable information about the culture and history of the Etruscans.

Yesterday, the finds were officially presented with a meeting organized at the beautiful Hotel Terme di Petriolo by the association in collaboration with the Universities of Pisa, Siena and Florence. The objects found were perfectly preserved. The ring is beautiful! 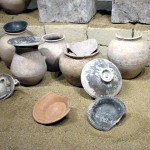 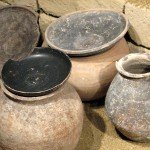 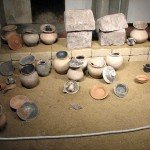 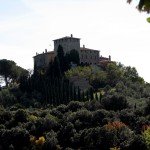 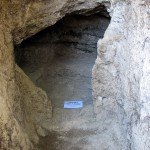 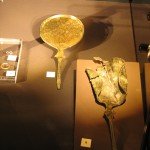 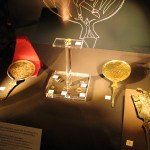 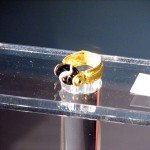 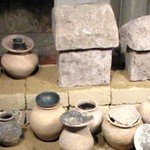 What we hope is that the local council will find the money to build a small museum and that the tombs will become part of an archaeological park or at least a local archaeological itinerary, considering that, not long ago, another area was excavated at Pietratonda. The area is perfect for walks (see the itinerary I wrote for Velvet Escape as my Tuscany tip and my post on Slow Living Day in Tuscany).

A last note: the people who work to bring back to life the ancient past of our beautiful area and who organize interesting events of international relevance (check this article on the National Geographic news), work for free. Donations are therefore very welcome: http://www.odysseus2007.it

If you want to know more about the Etruscan civilization, you might be interested in this video: