I have always wanted to write a post about what Tuscany is like at different times of the year. I get the question a lot from prospective guests of our vacation rentals. So, I have decided this is my new “pet project” for the next 12 months, 1 month in Tuscany at a time! With a word of caution: every year things are slightly different and vary across Tuscany (no need to remind you that Tuscany is a big place, right? If so… please check my post about the various regions of Tuscany, thanks!). See all the posts in this series.

August is symbolic of summer. It used to be the hottest month of the season (not anymore – July usually is, even though this year we had three full months of crazy hot weather and no rain), at least until the second half of the month, when the weather normally changes and the days start to get that distinctive “end-of-summer feel” until the “aria settembrina“, September air, finally sets in.

Temperatures are usually high, ranging between 28 and 35C (82.40-95F) during the day and 18-24C at night (64.40-75.20F). The first half of the month is usually dry, while typically, some summer storms are to be expected during the second half of the month. By the end of the month, you are likely to get some cooler days, when the weather starts to change. 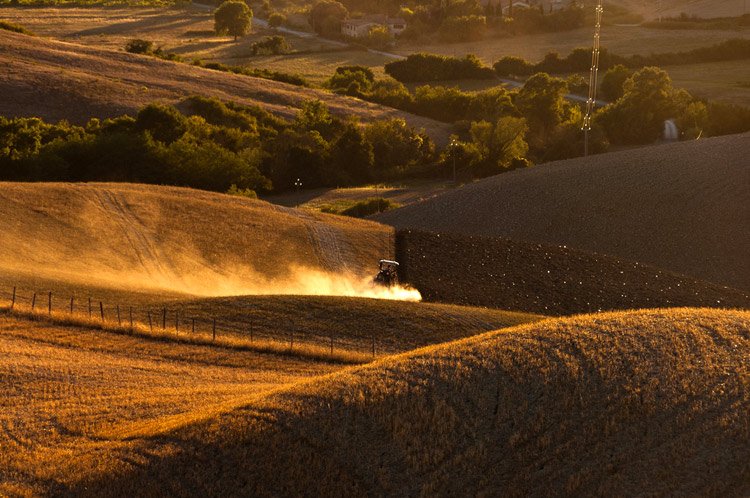 The countryside is dry, featuring the typical range of colors of the Italian summer: bright yellow, brown, blue, and dark green. Do not expect to see much greenery in the fields, and even vineyards will start to look a bit dry, even though they will be covered in red and green grapes. Some of the largest wine estates usually start the grape harvest before the end of the month, unless the summer has been very dry like this year, when they necessarily have to wait for some rain to fall.

This is the perfect time of the year to go to the beach, hang by the pool and dine “al fresco”. Most restaurants and bars will have outdoor tables. By the end of the month you might need a light scarf to cover your shoulders if you have dinner outdoors. 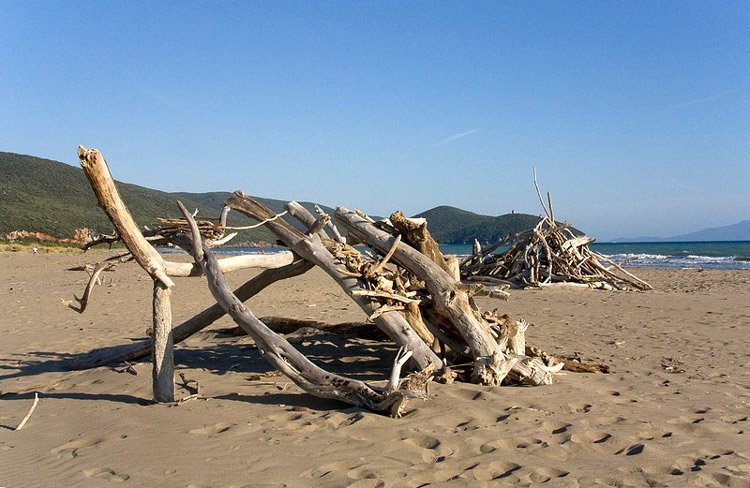 Beaches will be crowded, at least over the weekend and around Ferragosto (August 15), and renting chairs and an umbrella from one of the bars on the beach is usually more expensive than during the other summer months but you might want to experience the most typical of the locals’ pastimes: baking on the beach.

Will everything be closed in August?

No, it will not. August is the month during which the country literally stops for the summer holidays. This, however, does not mean that, like many are led to believe, restaurants and attractions will be closed. In fact, August is super high season for tourism and tourism-related businesses, so only the people who normally work exclusively with the locals might choose to take a couple of weeks off (eg. bars near the universities, or near office buildings and which cater to students and workers only, shops in residential areas, etc.).

Truth be told, cities will be much quieter than usual, as residents will have flocked to the coast or back to their second homes elsewhere (usually in the villages and cities where the family was originally from). The popular destinations such as Rome, Florence or Venice will be bustling with visitors though, and with events to entertain them.

I should, however, add that over the past couple of years, because of the economic crisis, more and more people choose to spend the summer at home, and most cities have a rich calendar of events even for locals, which makes being in the city in August definitely more pleasant than it used to be.

Will everything be more expensive?

Probably. It shouldn’t but it usually is. Gas prices tend to go up, and of course prices for accommodation are also higher (not at our rentals though! We have just one price for the summer season… Check out our Casina di Rosa and Behind the Tower websites… Just saying! LOL)

Sagre, dinners “under the stars”, festivals

Being the month of the summer holidays par exellence, August usually boasts a rich calendar of events. Many villages and towns will have their yearly Sagra in August. In our village, Civitella Marittima, the Sagra dell’Alta Maremma has traditionally been held the last weekend of August, even though this year it was on the third weekend of the month for some reason, so they might have started a new tradition! Anyway, if you happen to be in Tuscany in August, you should definitely try to go to at least one village festival and mix and mingle with the locals! 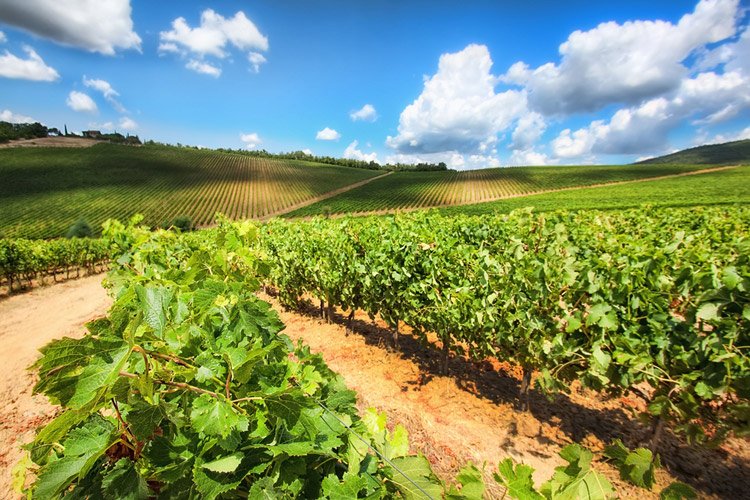 One of the most interesting events in the Maremma area is Festambiente, a festival dedicated to the environment and featuring great concerts.

And of course, August 16th is the day of Palio dell’Assunta in Siena.

The night of San Lorenzo

The night of San Lorenzo (August 10th) is a big deal here in Italy even though it is relatively unknown outside of this country. August 10th (and surrounding days) is apparently the best time to see shooting stars (stelle cadenti in Italian, literally “falling stars”).

If you can overlook the dramatic story of the martyrdom of San Lorenzo, who was burnt alive by the Romans, this is a magical night! First of all it falls right at the heart of the summer, and I believe there is not a single Italian who does not have a fond memory of one such night (you can read about mine here). 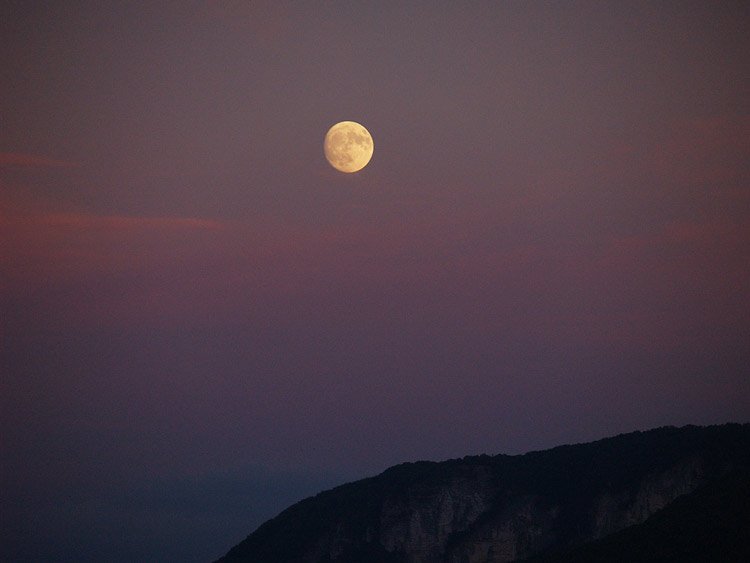 When the weather is nice, it’s the perfect time of the year to lie on a quiet beach or in a harvested field in the countryside and watch the sky, waiting for the next shooting star to cross it. When you see one, your instinct is to scream “Oh, did you see that!?” (I’m taking for granted that shooting star spotting is not a solo activity here…). But you are not supposed to do that, because you are supposed to keep quiet, make a wish and hope that it will come true!

Calici di Stelle is a wine festival held on August 10th in most towns which have a wine-making tradition.

Ferragosto (August 15th), is a very popular holiday in Italy. Even though most people consider it just a day off on which you have to do something special, Ferragosto is in fact a religious holiday. The Catholic Church commemorates the “Assumption of the Blessed Virgin Mary“, that is the real physical elevation of her body into Heaven.

The  most typical way to celebrate Ferragosto is to go on a so-called “gita fuori porta“, literally a “day trip to some place outside the city gates”. Most people go to the beach, or have a picnic in the woods on the nearest mountain or in the countryside.

Look no further: check out our vacation house in Tuscany. Ideal base to explore southern Tuscany and a great deal! Top reviews available online!