What is the “Palio di Siena“? The simplest answer is a horse race held in Piazza del Campo in Siena twice a year, on July 2 and August 16, in which 10 historical quarters of the city, or Contrade, compete to win a silk banner portraying the Virgin Mary called the “Palio“.

The simplest answer might not be the most suitable though, because nobody who has been to Siena even just once would agree that the Palio is just a horse race. For the people of Siena, the Palio is a cult, it is a matter of life and death, something absolutely serious.

City life revolves around it: the contrade prepare the competition meticulously throughout the year.

The Palio as we know it dates back to the 17th century. The celebrations go on for 4 days. On the first day (June 29th and August 13th), the training trial takes place very early in the morning. On the same day, the “tratta” (literally, the “trade“) begins, that is the operation through which the horses are assigned to the 10 contrade competing. Once a horse has been assigned to a contrada, it is entrusted to a person called the “barbaresco“, who, accompanied by the people of the contrada (or “contradaioli“), takes it to its stable. Then in the evening, there is the first of the 6 trials that take place before the actual Palio.

The barbaresco escorts the horse to Piazza del Campo followed by a large group of contradaioli singing traditional songs. It is possible to see the trials by sitting on the stands placed around the perimeter of the square. This first trial is meant to test both the horse, which cannot be changed anyway, and the “fantino”, the jockey, who can be changed up until the day of the Palio. The contrade enter the Piazza in the same order as on the day of the Palio.

On the second day (June 30th or August 14th), at 9 am, there is the second trial. The third trial is in the evening.

On the third day, the day before the Palio (July 1st and August 15th), there is a fourth trial at 9am and then, around 7pm, there is the “prova generale“, the general trial.  The prova generale is preceded by the traditional “carica dei carabinieri” on horseback. After the prova generale, every contrada has a dinner where contradaioli, the Captain of the contrada, the jockey and even tourists party together. After the dinner the captain of the contrada goes to meet the captains of the friendly contrade to form alliances against the enemy contrade. All the agreements are verbal.

On the day of the Palio (July 2nd and August 16th), at 7:45 in the chapel next to the Town Hall, the Archbishop of Siena celebrates the “Messa del Fantino“, the mass for the jockeys. At 9am there is the “provaccia“, literally the “bad trial”, which received this name because the contradaioli are generally not very interested in it. After the provaccia, the jockeys and the captains go to the Town Hall to register the jockey and the jacket with which he will ride.

Around 3pm, after the ceremony of the comparsa’s dressing, both this latter and the horse are blessed by the priest of the contrada church: the priest closes the blessing by telling the horse “vai e torna vincitore“, “go and come back a winner”. After the blessing ceremony, the contrade’s comparse and the town’s minor figures dressed up in historical costumes walk through the center stopping to perform their flag-waving show in Piazza Salimbeni opposite the Casino dei Nobili, in front of Palazzo Chigi Saraceni and by the Duomo.

Around 2:50 pm, the flag-wavers’ procession leaves the courtyard of Palazzo del Governo in Piazza del Duomo and goes to Piazza del Campo. Around 4pm the parade in historical costumes enters the Campo. At 7pm the “drappellone“, the drape, is brought to the judges’ box while the 17 “alfieri“, the flag-wavers, perform their show. The Palio follows immediately after.

A mortar is fired and the horses enter the square from the door called Entrone. Every jockey receives a whip which is used to “spur” the horse and to hamper his rivals. The jockeys then move towards the “mossa“, that is the spot where the “canapi“, the ropes that mark the starting line, are pulled. The order in which the horses are supposed to enter the ropes (i canapi) is regulated. The different contrade are drawn and called by the “mossiere“, the person who start the race.

When it’s time the horse of the last contrada takes a run-up and enters and the race begins. If the start is not valid, the “mossiere” stops the race and the ritual of the entrance in the “canapi” starts all over again. This can take some time, because while waiting, the jockeys talk to try and make alliances. If the start is valid, the horses have to run three times around the square. It is the horse that wins, even if it gets to the finishing line without the jockey, or as they call it, as a “cavallo scosso“.

The celebrations begin immediately, with the contradaioli jumping over the fence to touch the winning horse and jockey and of course to get the Palio. They bring the Palio to Provenzano in July and to the Cathedral in August to sing the Te Deum to thank God for the victory. The official celebration is in September and it’s called Cena della Vittoria. It’s a street party with lots of people, music and good food. And of course the guest of honour: the horse!

Dos and Don’ts for visitors

The days of the Palio are days of excitement and tension at the same time… although the people from Siena are happy to share their passion with tourists, there are some things that travelers should remember:

A great article: Palio of Siena, experience… with kids.

A dinner in Siena – eating and drinking among the contradaioli.

Read the report of our experience at a “cena di Contrada“!

Looking for accommodation near Siena?

Check out our vacation house in Tuscany near Siena, Casina di Rosa! 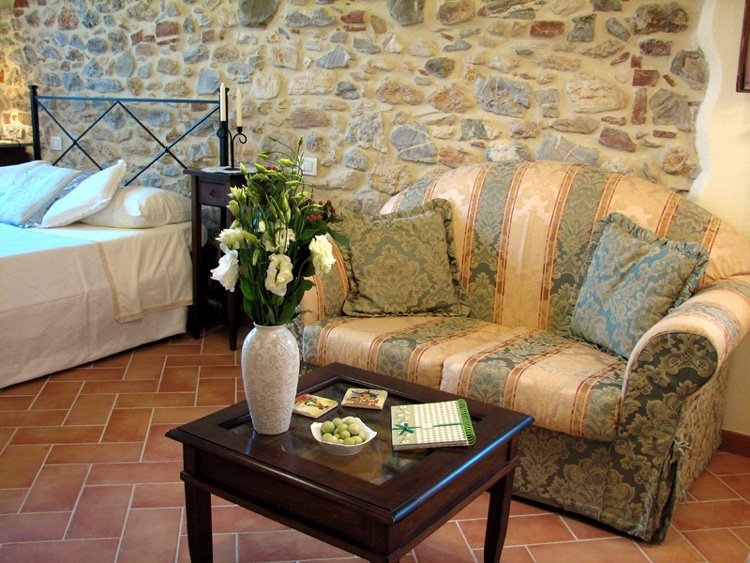