The Egyptians in Pisa

No, you haven’t got all your history wrong… the Egyptians were never actually in Pisa, but, in a way, the city has had a special relationship with Egypt since the early 19th century. That’s when a young University professor (yes, 190 years ago you could actually become a full tenure professor of the University of Pisa at 24…) called Ippolito Rosellini left Pisa to go on a 16 month expedition to Egypt with Jean-François Champollion, the scholar who had recently deciphered the Rosetta Stone. They (and 12 other people) joined the so-called Franco-Italian expedition to Egypt funded by Leopold II, Grand Duke of Tuscany, and by King Charles X of France and traveled along the river Nile for 16 months in 1828 and 1829.

They brought back from this expedition a very large number of artifacts, drawings and manuscripts, 200 of which have been chosen to be exhibited at Palazzo Blu. They are normally part of collections preserved at the University of Pisa and at the Egyptian Museum of Florence and seeing them all together there, at that incredible location and within that installation was just incredible.

The exhibition will close on July 25: I don’t know why I waited so long to go. The perfect excuse was that our nephew Alessandro is spending the week with his other aunt and uncle who also live near Pisa, so this morning we took him there.

I am not sure if he enjoyed it, but Giovanna and I certainly did! The exhibition is nothing like the usual boring stuff you would normally expect in an Italian museum. Not at all.

They have recreated the shape of the river Nile on the floor, and on the walls, panels tell you where you are supposed to be at every step of your own very personal expedition to Egypt, and, for every place Rosellini visited and sketched, drawings and objects are on display. The drawings are incredibly beautiful, in their bright colours. And the quotes from Rosellini’s diary printed on large boards all along the “path” add a lot to the experience.

Whomever has worked to implement the exhibition has really done a great job in recreating the atmosphere and the sense of discovery and amazement that those scholars and explorers must have experienced in uncovering such incredible treasures, also considering that they could actually understand the hieroglyph inscriptions for the first time.

A nice video is projected on a screen placed under a camp tent similar to what is supposed to have been in use back then. A really, really interesting exhibition. I couldn’t take many photos as in theory it was not allowed I guess… but I took a couple anyway, with no flash of course. A few pictures can be seen here, on the official website, in the “multimedia” section: http://www.mostraegittopisa.it/

I also learnt something new about the University: after the expedition, the first course of Egyptology was created exactly here in Pisa for Rosellini, and the archaeology department is still one of the best in the country, and possibly in the world.

We also took advantage of the fact that the entrance ticket (8.50 for the adults and 6.50 for the kids) gives visitors the right to visit the permanent collection so we went up to the first floor of the Palazzo where some rooms have been brought back to their original splendour with original furnishing and lots of paintings hanging from the walls. It is really a beautiful place, which gives a good idea of the lifestyle of noble people in the 18th and 19th century. 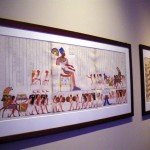 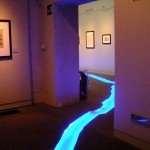 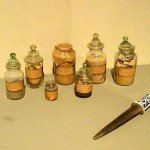 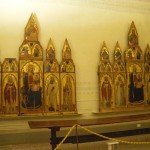 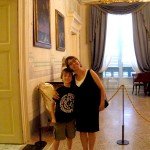 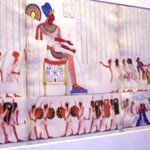 Palazzo Blu will host another fabulous exhibition in the fall devoted to Mirò. I won’t wait until the very last minute next time. Actually I cannot wait to go back.

There is also a specialized book store selling art catalogues and art books, with titles that are normally difficult to find elsewhere.