Tuscany through my eyes: Week 45

Every year, I get trapped at work because of a sudden, unexpected downpour that floods Via Santa Maria and the surrounding streets… This year, October 8th started as a fabulous sunny day. All of a sudden, around 5pm, the sky went dark and all hell broke lose.

Liam was at the park with the baby sitter, and they found shelter in the guardian’s booth with other children. I was quite worried, and I would have left right away to go pick them up but I seriously didn’t know how to leave the building.

This is what the rainfall looked like from outside the city. 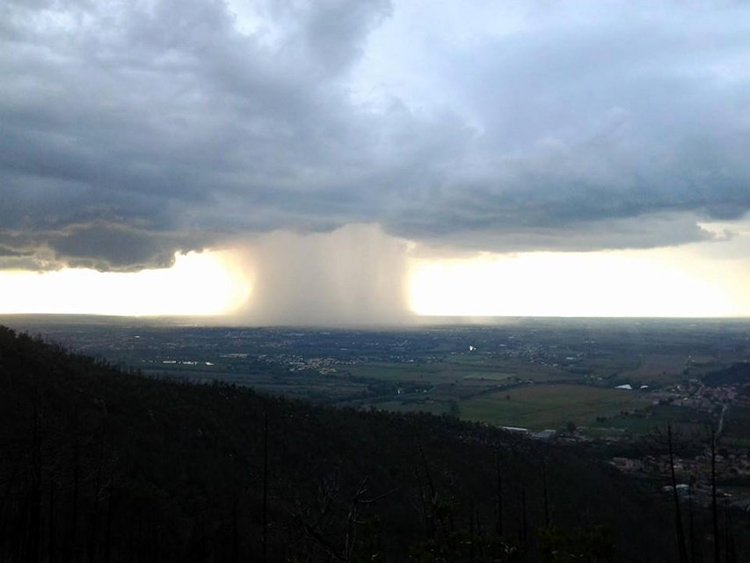 In less than 30 minutes, the road onto which the Department opens was completely flooded. And it’s not a minor road, it’s Via Santa Maria, the street that leads to the Leaning Tower. There were literally streams of water coming from the intersecting alleys, with so much water that bikes and chairs were floating around.

As soon as the rain stopped though, I decided I had to reach my car and go pick Liam and the babysitter up before it started raining again.

I had to walk with water up to my knees, with actual waves created but some of the cars that tried to go by. It was disgusting! 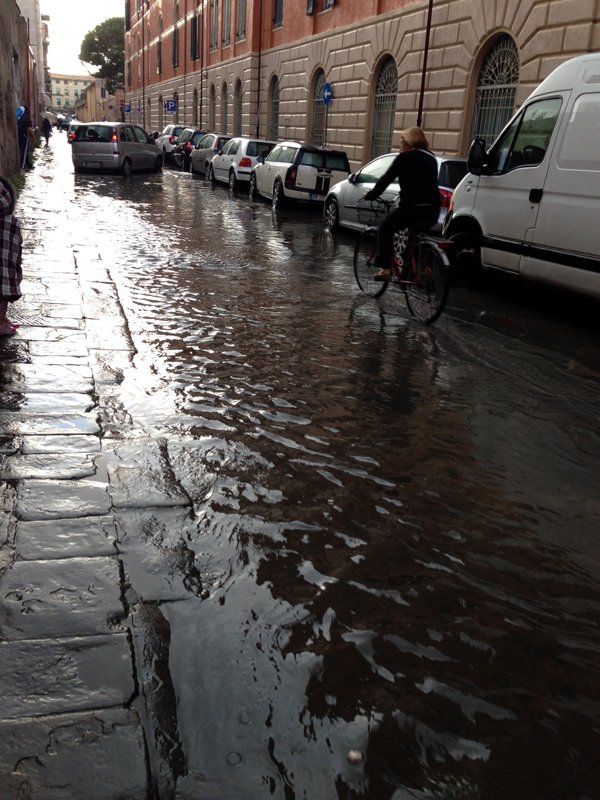 That is what the sidewalk looked like. Where you can see the car, it was completely covered in water, and the people from the hotel that opens there were trying to push water out of the reception area. There are 2 steps to get in, just to give you an idea of the level of the water on the street.

Over the past few years, this has happened at least once every year. The sewerage system cannot cope with these “water bombs”, and the streets of the center become a massive lake. It is scary in a way, but most importantly it is a real nuisance. The weather is changing in Tuscany too, I guess.