I would recognize that smell anywhere. The other day, I arrived home to find a nice tray of freshly baked “cantuccini” on my kitchen table, courtesy of my grandmother Ivetta.

I guess in the English-speaking world, the name of this “super Tuscan treat” is “biscotti“, which in Italian means biscuits. That is what they are after all. But not many people know that, traditionally, in many parts of Tuscanay, home-made cantuccini bore very little resemblance with what has now come to be the “new traditional” biscotti. 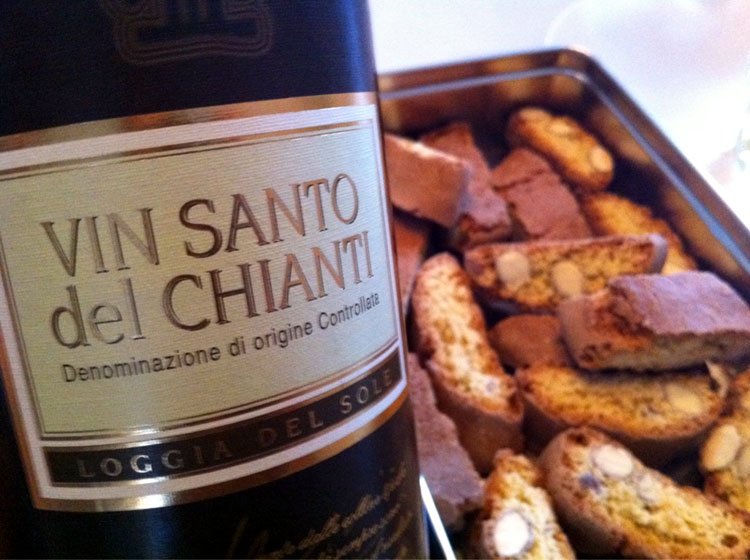 In my village, though, even in the two bakeries that were there when I was growing up, cantuccini were quite different. They did look like “biscotti”, and they had fewer almonds in them. They were much bigger than cantuccini as you can commonly find today. Not necessarily a good thing, but that is what they were like. 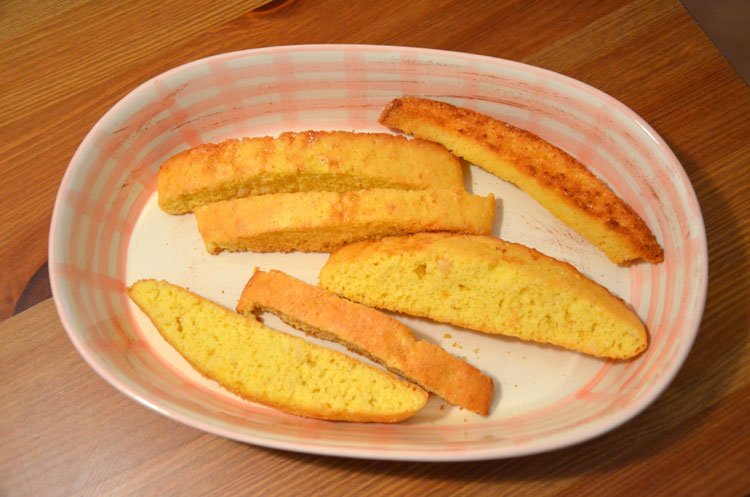 My great-grandmother used to make large tins of them around Christmas time, at Easter and of course during Carnival. She would take them to the bakery to have them cooked in their large oven, which was a common thing in the past. You would prepare cakes, biscuits, ciambellini, and even meat to roast, and take everything to the bakery so that they could cook them for you. They were the only ones who had a big enough oven for the feasts prepared for the family gathering: they would use the oven to prepare their products at night, and to cook people’s food during the day. Now that would not be possible due to much stricter public health regulation. It sounds like another time and another world (and maybe it was) but it was only 20 years ago (…I am not that old after all!).

In a way, it is a pity. The bakeries were the place where women (most of whom were housewives) would hang out while waiting for their turn to place their delicacies in the oven, and they would exchange stories, recipes (but only those that were not a family secret!), and it would often be the perfect opportunity for a last minute invitation to join each other’s celebrations. We have had people at our table on special occasions more than once, for the sole reason that they had been waiting in line with my great-grandmother at the bakery!

When I saw cantucci on my table, all these memories came back to me. The sight of my grandmothers preparing the dough, the large tins covered in wet cloths ready to be taken to the bakery, the smell and warmth of the empty tins after the cantucci had been scraped off their bottom… and my cousins and me licking crumbs off of them! The smell of the buttery biscuits, and of the orange peel.

Industrial cantuccini may be richer in almonds and last longer, but for me, nothing beats nonna Ivetta’s cantuccini especially if dunked in a nice glass of vinsanto or even red wine!

Separate egg yolks from egg whites. Mix egg yolks with sugar until foamy. Mix the baking powder and the flour and slowly add to the egg and sugar mix. Melt the butter and add to the mix along with the small glass of liqueur (we use maraschino). Whisk egg white until firm and add to the mix. Grind almond and orange and lemon peal and add.

This is the 18th post in a monthly series called The Italy Blogging Roundtable. Here you can find the posts of the other bloggers who participate in the roundtable. Our topic this month was “handmade“: