Why children should be allowed to work at Sagre

This year the local police have decided to start enforcing a law which has allegedly always been there, but which was unknown to most, including myself. Apparently, the prohibition for minors to work extends to volunteering at village festivals.

Over the course of the summer months, the officers paid a visit to several village festivals (or Sagre or Feste, as we call them), fined local associations and parents and charged them for exploitation of child labor. 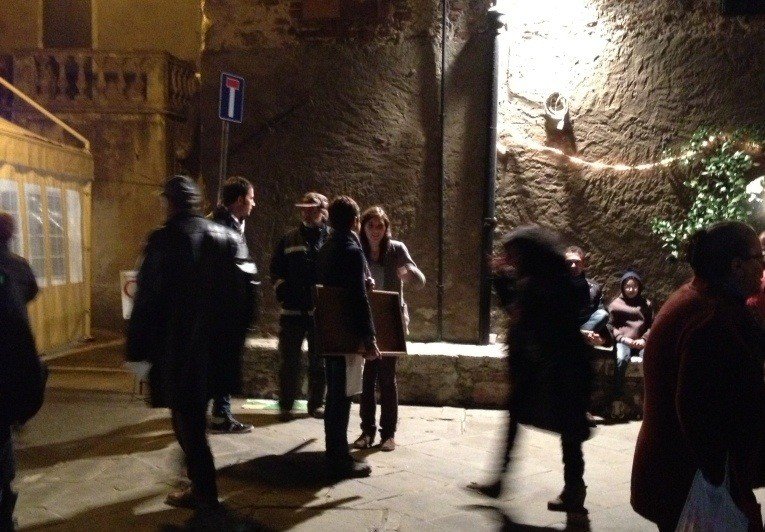 If it is true that it’s no use pleading ignorance of the law, it is also obvious that this particular rule goes against traditions and habits that are deeply entrenched in the life of every small community like ours.

For any small village like mine, the yearly festivals are what younger kids look forward to all year round. Imagine living in a community of 300 people and not having a car or the freedom to move around and go to the city whenever you wish. I am not sure this is a factor anymore, but when I was a teenager, I was also not allowed to stay out past 10-10.30 pm. Except of course on the Sagra days. Then I could stay out as long as my parents or my friends’ parents were out (and there was always somebody whose parents would hang out until the very end of the activities). My school friends would come from the neighbouring villages for the occasion, and other friends from outside the village would also come stay with their grandparents or relatives for a few days. For some reason, those kids were always looked up to as if they came from another, better world we were yet not allowed into. They were not allowed to help out though: that was a strict prerogative of the local kids, who, for that very same reason, gained some “coolness” of their own during the celebrations. On the other hand, being “a foreigner” and allowed to help was the ultimate sign of a perfect integration with the locals! 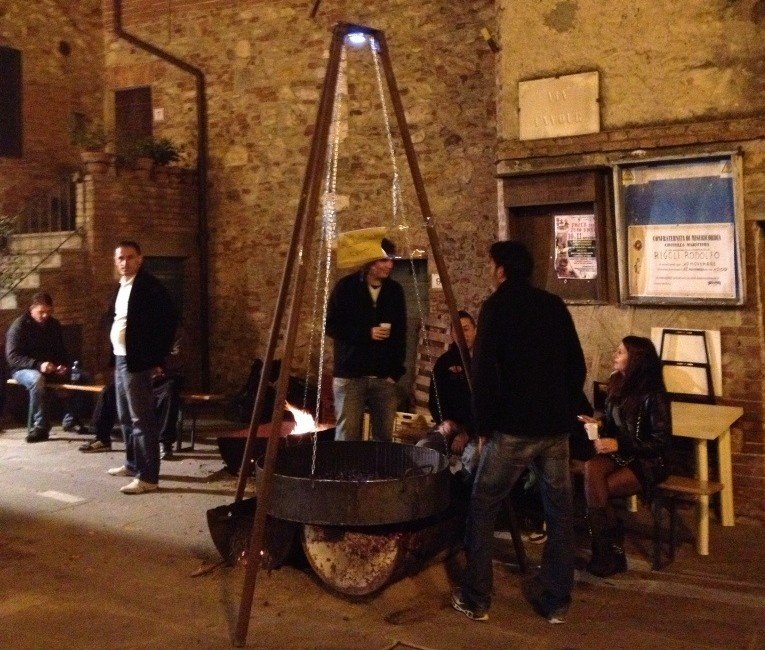 Then imagine a small community which for few days every year hosts an event that brings in a crowd of visitors which is three or four times the number of the local population, and sometimes more. Most of the adults will be working in the kitchen, shops, stalls, cantine, fiere di beneficienza (charity fairs), etc. and those with kids would have no choice but to drag the little ones along. Can you imagine standing in a kitchen, or waiting at the tables for hours with a child or a preteen, or a teenager who is not entertained and cannot even help?! That would be impossible, and certainly unpleasant.

For kids living in small villages (and probably in any community of any size), helping out in this community events is crucial. Full stop. And it is so good for them too.

They are entrusted with the responsibility of being a big part in the successful outcome of the event. They are actively involved in the life of the community, which they learn to love more and more. They learn to put their effort into something which is for a common good and to honour their commitments. 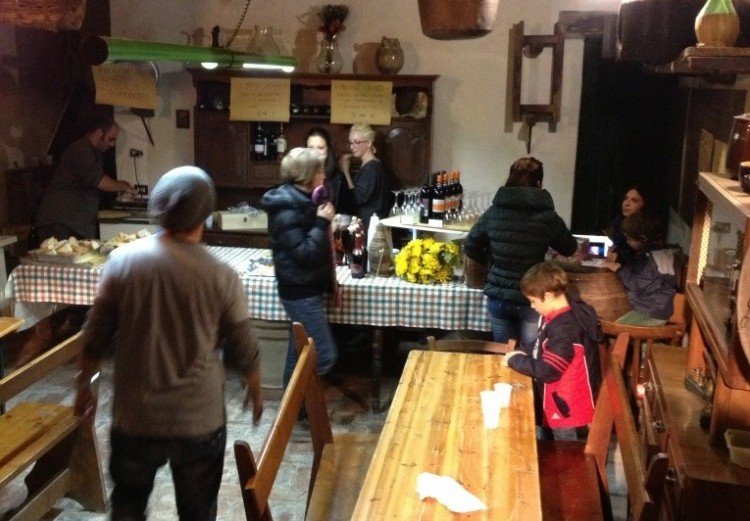 Being allowed to wait at the tables in a village square during the local festival might seem a trivial thing to you, but all those who have experience growing up in a small place with little more than a bar and some public benches to use as a “community center” know well that what is at stake is much more than just letting kids play waiter.

If we deprive these kids of this kind of experience, it is like cutting them out of the life of their village when they have no other option but to live in it. I believe this might mean pushing some of them towards other forms of entertainment for which they might not (and should not) be ready. 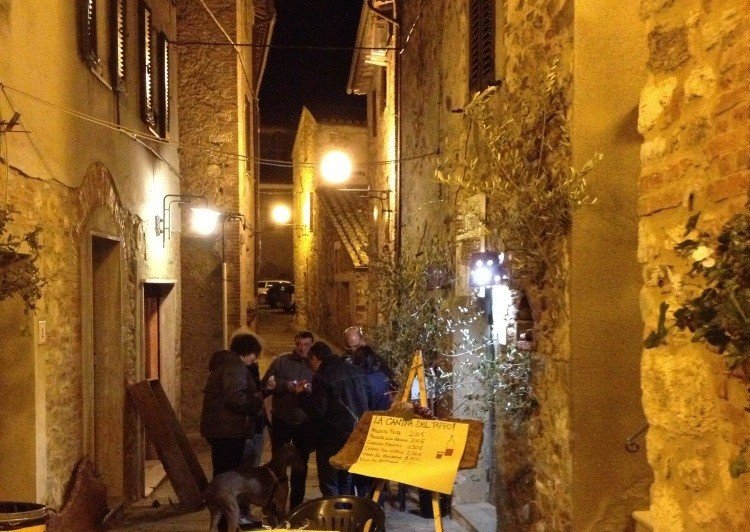 On the other hand, if we deprive villages of their youngest ones’ enthusiasm, on one side we make it much more difficult for the locals to organize and manage events, and on the other side, we also prevent some of the members of the community from becoming truly involved in its life.

Most kids, as a matter of fact, stop working at Sagre or being so involved immediately, or shortly after they come of age. Some get their driving license and are free to go wherever they wish whenever they want, so the whole village festival thing becomes less attractive to begin with. Others move elsewhere to study at University and might find their new friends and environment much more attractive. Others just grow out of it and start feeling “too cool” for their tiny village festival. This means that some of the kids might never have a chance to be involved in their community: can we still call this a “community” then? 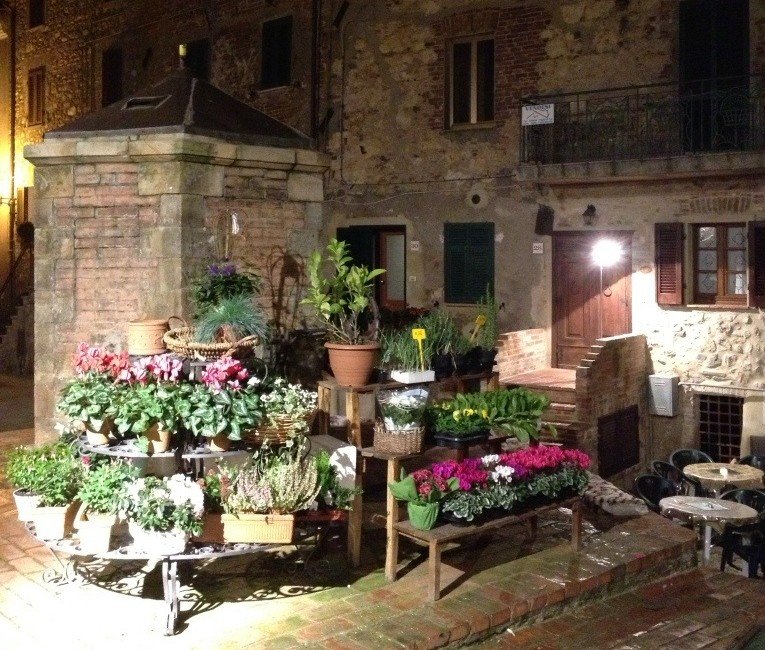 La piazza, the square, is traditionally the place where people gather for the big occasions, and has always been the thriving heart of a village.

A square with no youth is like a body with no heart. I believe in this case what is legal is not what is right and a bit of common sense should be preferred to the dictates of the law.

This is the fifteenth post in a monthly series called The Italy Blogging Roundtable. Here you can find the posts of the other bloggers who participate in the roundtable. Our topic this month was “la piazza“: