The Basilica of San Piero a Grado and the Coast

This week we spent the weekend in Pisa because two friends from Milan came visit us. It was a perfect excuse to enjoy the city almost like visitors!

On Friday, we took a walk in the city center with them and then we had a great aperitivo at the wine bar and restaurant Modus Bibendi, which I adore (but go no later than 7 pm or it can get very crowded), and then we had dinner at our favourite restaurant in Pisa, Osteria di Culegna. We really had a good time!

On Saturday, we met with them around 6pm to go for a walk at Le Piagge. It was the first time the sun was out in almost a week, and the place was busy with people exercising. Also, there was a band who was practicing for a concert. This week Le Piagge will host the Fiera di Sant’Ubaldo (12-16 May). Then we stopped for an aperitivo at Bar Salvini, which is right on the river bank and has a nice panoramic terrace. The bar is nice, and the prices are reasonable, but the crowd and the music are sometimes somewhat “questionable”. We had a good time, but I’m no longer sure I could recommend the place beyond any doubt.

Today, as the sun was shining we decided to go for a quick day trip. First, we went to the Basilica of San Piero a Grado. Crazy as it seems now that I have been, I have to confess that I had never been before. This really old and beautiful church is only 5km away from Pisa, and it is really well worth a visit.

The church is surrounded by a nice park with a very well-kept lawn, with benches and paths. It was founded in the 4th century in the spot where once the river Arno flowed into the sea and where, legend says, St. Peter disembarked when he arrived in Italy. The Basilica is built on some older Roman buildings, the remains of which can be seen in the excavations inside the church. Traces of the older building are also visible in the columns’ capitals which are clearly of Roman origin.

The structure is really unique. Instead of having a facade on the west side as most churches do, the Basilica of San Piero a Grado has two apses, and the main portal is on one side. This of course is the result of the many reworkings of the original structure. At present the old bell tower is being rebuilt after it collapsed in 1944.

The interior is also interesting. There are three aisles and a trussed roof. The central nave has frescoes and a ciborium dating back to the late Gothic era. We loved the fact that the church has an internet connection and a kiosk with a computer with information about the past and the present life of the Basilica.

I highly recommend a visit!

If you can read Italian, you should take a look at the official Basilica di San Piero a Grado website. Otherwise, here is more about the church in English.

After visiting the church we headed towards Marina di Pisa. Or at least I thought so… I wanted to go to Marina di Pisa via the road that runs along the river Arno and where you can see the “retoni“, wooden buildings built on piles on the river with large nets used to fish the river. However, we ended up taking the wrong turn and we drove to the coast on a really narrow country lane running through fields and pine tree woods: really beautiful! The fields are now full of red poppies and yellow rape in bloom!

The road took us to Tirrenia instead and we kept driving along the coast until we got to the beginning of the stunning Costa degli Etruschi. We drove along the Aurelia (SS1) and stopped at one of the seafood restaurants built on the sheer cliffs south of Livorno, Sassoscritto. We got a table on the panoramic terrace and had an amazing meal. It was not cheap (we spent 50 euros per person) but certainly well worth the money.

After lunch, we went to Quercianella, a nearby village made up of villas immersed in the Mediterranean maquis. I had never actually stopped in the village. We often pass by it while going back to Civitella, but we never stop. I was surprised to see some bizarre buildings, such as a “fake” castle built at the beginning of the 20th century in Neo-Gothic style.

Below, a slide show of some photos we took today. Click on the bottom right hand corner symbol to see the photos in full size (800 x 600). The photos of the coast were taken from the terrace of the restaurant. 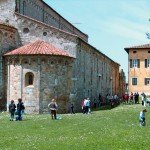 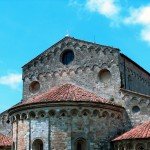 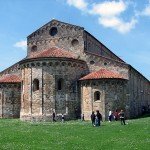 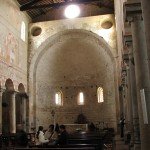 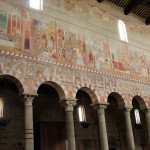 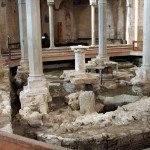 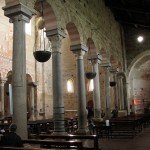 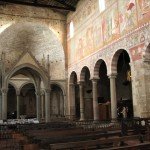 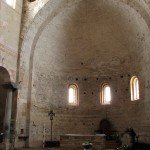 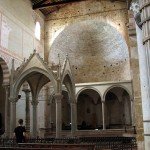 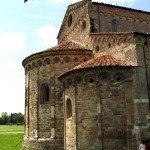 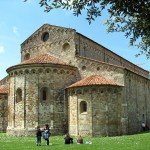 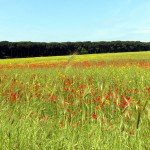 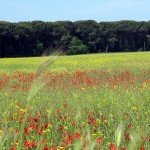 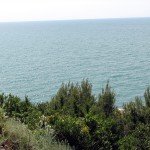 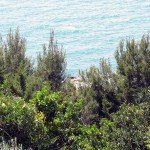 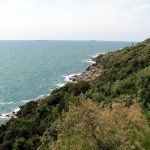 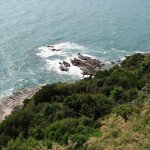 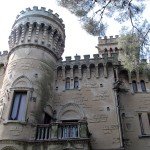 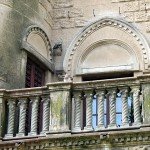 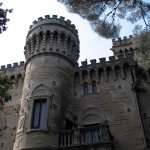 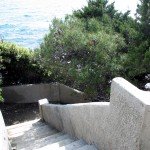 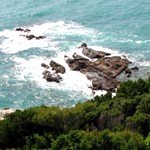